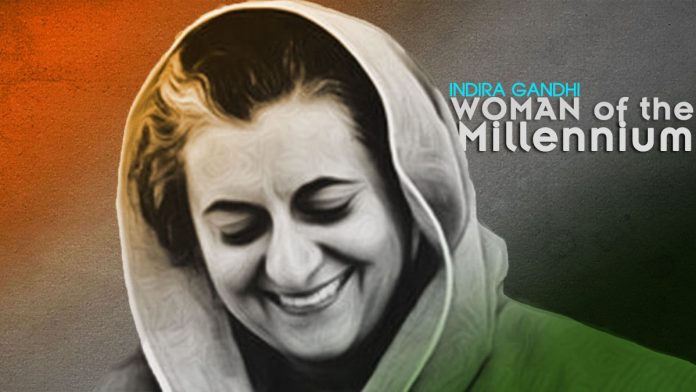 ‘Woman of the Millennium’ elected to be the PM

A central figure in the history of the Indian National Congress and of India itself, Indira Priyadarshini Gandhi, was elected to be the Prime Minister of India on January 19, 1966. In the Congress party’s parliamentary leadership election, held in early 1966 upon the death of Lal Bahadur Shastri, she defeated her rival Morariji Desai to become the parliamentary leader of the ruling party, thus catapulting her into the office of the PM.

Prior to this ascension to power, her political journey is a fascinating one to follow. She started off as a key aide and confidante to her father, Jawaharlal Nehru. She was later elected as a member of the Lok Sabha (the upper house in the Indian Parliament) and appointed as a minister in Lal Bahadur Shastri’s cabinet.

After becoming the first woman Prime Minister of a relatively young nation, Mrs. Gandhi came to be known for many bold political steps and moves. She attempted to alter the political economy of India radically through her unique vision of democracy. She also charted a very bold foreign policy for India, especially in its neighbourhood. Unfortunately, she also became infamous for her political intransigence and unprecedented centralisation of power, with the Emergency displaying the heights of her authoritarian tendencies. At the end of 1977, Congress party president D K Barooah had coined the phrase, “India is Indira and Indira is India.”

It was on October 31, 1984, that Indira Gandhi was shockingly assassinated. In 1999, Mrs. Gandhi was voted as the ‘Woman of the Millennium’ in an online poll organised by BBC. In 2020, she was named by the Time magazine among the world’s 100 most powerful women who defined the last century.