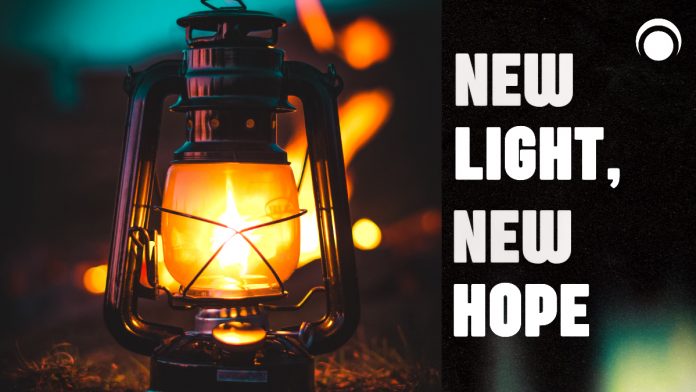 We must accept finite disappointment but never lose infinite hope.

Katherine Johnson was a mathematician whose calculations of orbital mechanics played a key role in the first and subsequent US-crewed space-voyages led by NASA. Over the course of her career, she became renowned for an excellent grasp on complex manual calculations and helped pioneer the use of computers to perform tasks. She went on to be awarded the Presidential Medal of Freedom in 2015. “Hidden Figures” is a movie based on her, which portrays her persistent hope in the face of a failing system.

Unlike Katherine Johnson, the hope we have is often too fragile. It gives way like a thin thread when we face the repeated setbacks that life inevitably brings. But let us begin this new year with a new hope that’s persistent like Johnson’s in the face of adversity. This is what eventually made her enormously accomplished, to the extent that she played a key role in the advent of the illustrious NASA. For our hope to be eternally persistent, the source from which we draw it must be infinite.

So where do we find such an infinite wellspring? The Bible gives us an answer worth considering. It says, “Yes, my soul, find rest in God; my hope comes from Him. Truly He is my rock and my salvation”. The word “hope” in Hebrew comes from the word “cord”. As Beth Moore said, “Each of us is hanging onto someone or something for security; if it’s anything other than God, you’re hanging by a thread, a wrong thread”. So let’s start this New Year with a persistent new hope that’s not hanging by a flimsy thread, but instead, a cord of strength from the infinite source, that is God, which doesn’t give way when faced with the finite disappointments of life.

When you need help with your New Year resolution

Quick check! We are already into the second month of the new year. Are we still on track with...
Power-up

Why do we break New Year Resolutions?

We have officially entered a brand-new year, 2023! And for many of us once again this might be a...
Power-up

Lessons in life will be repeated until they are learnedFrank Sonnenberg Researchers from Columbia University reviewed numerous studies and found...

Why do we break New Year Resolutions?