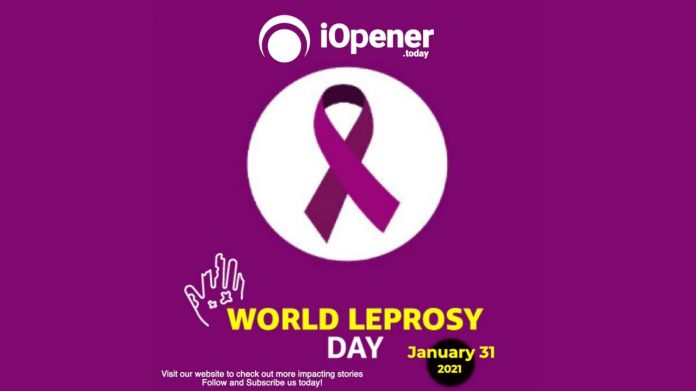 Leprosy, also known as Hansen’s Disease, is an infectious disease that causes damage to the nerves, skin, eyes and respiratory tract. It also impairs perception of pain, leading to severe wounds that can cause loss of limbs and thereby lead to disability. Leprosy spreads through close contact with the infected person. It is seen predominantly amongst people with low socioeconomic status, owing to unhygienic living conditions.

Historically, leprosy was perceived as a social stigma which led to untouchability. Colonies of lepers were formed where the infected were isolated away from the villages and left to die. They were also denied basic rights to live a dignified life. Some historical texts record that people who came in contact with or married an infected person were severely reprimanded or even ostracized by local authorities. In many parts of the world, it was also believed that leprosy came as a punishment from God against people who were unclean, unworthy and morally corrupt. They were made to wear rags that clearly identified them as lepers. Moreover, they were to carry a bell at all times to signal to others from a distance that the lepers had arrived.

Many reformers strived to bring about a change in the mindset of society and to create awareness and understanding. An effective cure for leprosy was discovered in 1954 and it is presently treated with multi-drug therapy. World Leprosy Day has been observed since 1953, on the last Sunday of January, to draw attention towards the plight of those infected with leprosy. The day was chosen by French humanitarian Raoul Follereau in 1953 to coincide with the anniversary of Mahatma Gandhi’s death.

Mother Teresa is probably the most notable figure among those who took up the mantle to change the heartbreaking condition of lepers. She did some pretty remarkable work in Kolkata, India. She showed unparalleled courage and willingness to serve the infected with mutilated faces, grotesque appearances and rotten legs. As she often stated, her motivation in doing this was that she saw the face of Jesus in each of these disfigured faces. She established a Leprosy Fund to bring awareness among people, and set up mobile leper clinics that served people with medicines and basic care. She founded a leper colony by the name ‘Shanthi Nagar’, meaning ‘a city of peace’, to provide shelter and livelihood for the infected.

Our thoughts on this day wouldn’t be complete without also paying homage to the daring missionary who left the comfort of his home in Australia to join the Leprosy Mission Work and treat lepers in a nondescript village of Odisha – Graham Staines. Even after his tragic death, his deeds were loud enough to inspire those left in his family to continue to pray and pursue their divine calling.

Scientific progress has led to the discovery of promising ways to encounter this disease. But it continues to carry many taboos within the society we live in. The Bible talks about how Jesus once reached out and touched a leper before he went on to heal him. This beautiful gesture of love probably brought emotional healing to this broken and lonely man’s heart, even before his body was healed. Can we also resolve this day to begin reaching out, in small ways, towards many such people who continue to live with the brokenness of this disease in our world?

Not a day passes by without Covid-related news updates. However, how many of us are aware of the fact...
Poems

Moments so very precious and counted,Make up our life's measure and our days,Only if we always thought and accounted,Every...
Power-up

Bent but not broken

Don't we all go through days when we ask, "Why do I even exist?!", or traumatic experiences when we...