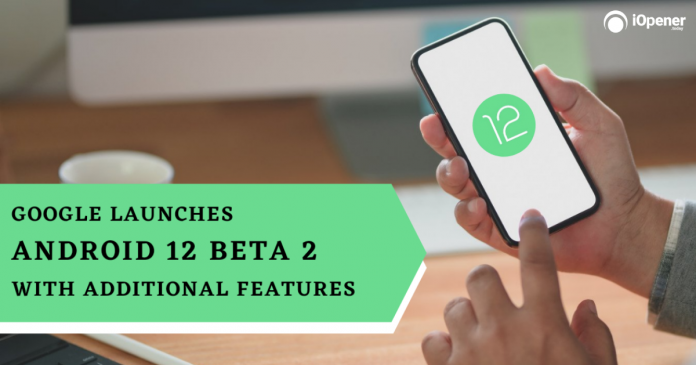 Google has just released the second beta for Android 12 which brings new features like the new privacy dashboard, a new internet panel, a clipboard read notification, amongst others. The first beta for Android 12 which was launched last month at Google’s I/O conference showcased Google’s new ‘Material You’ design language, although many of the promised new features and design tweaks weren’t part of that first beta.

Now, with the second beta, Google is bringing more Android 12 features for the testers. Users can apply for the beta at google.com/android/beta. However, users do need to have a compatible device. Non-Pixel smartphones are also a part of the list of compatible devices, users can check for the list on Google Developers website.

The new features with the latest beta include Google’s new privacy dashboard that makes it easier for users to see which apps recently used their mic, camera, and location. Other features in the beta are the addition of microphone and camera indicators that show users if an app is using either and new Quick settings toggle to disable them. When access is disabled, apps will receive blank audio and camera feed. Google is also bringing a clipboard read notification that shows readers when an app is reading from the clipboard.

Another new feature is a new panel that makes it easier for you to switch between internet providers, Wi-Fi networks, etc.

Google notes that this would be a good time for developers to finish their compatibility testing and release compatible versions of their apps, SDKs, and libraries as the company is just one release away from reaching platform stability.

With this release, Google is now one release away from reaching platform stability in August. Given the current monthly release cadence, we’ll likely see a final release of Android 12 in September.

Tech giant Google is in process of strengthening the privacy measures for Android phones which will make it harder...
Think Why

We have seen the good and evil of the past civilizations. Would the internet overweigh good or evil?