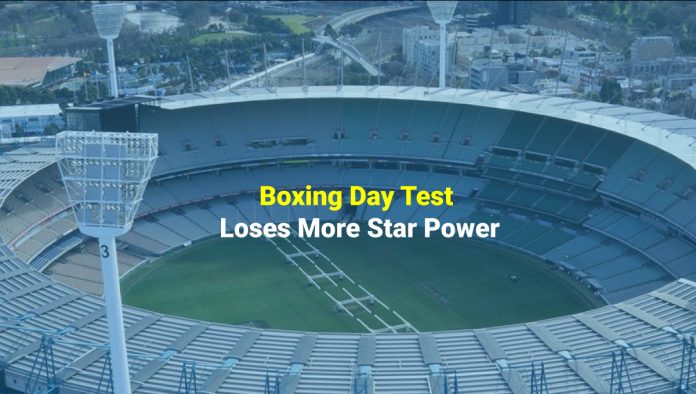 Australian Opener David Warner has been ruled out of the upcoming Boxing Day test match due to the bio-secure protocols. He will be joined by fast bowler Sean Abbott on the side-lines for one of the most iconic test matches of the year.

Warner is coming back from an injury he suffered in the ODI series against India and hasn’t yet been declared fit to return to the first team. His availability for the third test match continues to remain under a cloud. Cricket Australia, however, was quick to remind everyone that even if Warner was fully fit, he’d still be unavailable for selection under the board’s strict Covid-19 protocols.

“David Warner and Sean Abbott will re-join the Australian men’s Test squad ahead of the third Vodafone Test against India. Warner and Abbott spent time in Sydney outside the team’s bio-secure hub to recover from injury,” Cricket Australia said in a media release to clarify the duo’s injury and availability status.

“While neither player has been in a specific ‘hotspot’ as outlined by NSW Health, Cricket Australia’s bio-security protocols do not allow them to re-join the squad in time for the Boxing Day Test,” the statement clarified.

The Boxing Day test has been blighted by the series of withdrawals, albeit thus far they have all been on the Indian side – first, Virat Kohli who chose to fly back home for the birth of his first child, then Rohit Sharma and fast bowler Ishant Sharma – both ruled out due to long term injury concerns, and just last week Mohammad Shami fractured his arm in the first test and was out for six weeks.

India lost the first test in the pink-ball, day & night test match at Adelaide and needs to make a strong comeback to keep the series alive. With or without David Warner, the Australian team is a formidable opposition and team India will need to bring their A-game to make the contest a competitive one at the MCG.

Indian skipper Virat Kohli and debutant Ishan Kishan steered India to a seven-wicket win over England to level the...