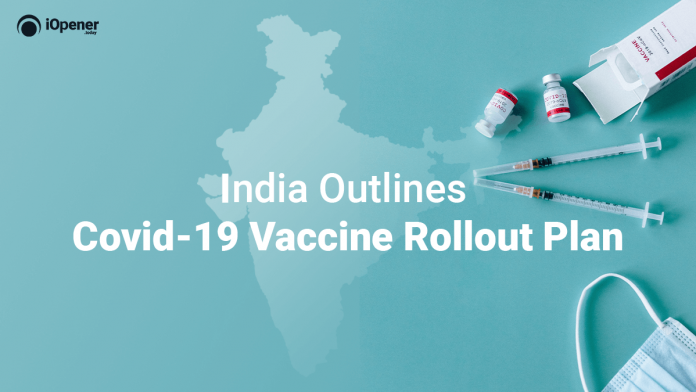 Around 1 crore healthcare workers and 2 crore frontline workers are expected to be inoculated with the corona virus vaccine, as India rolled out its covid vaccination drive. Expected to get underway from January 16th, the initial stage will also include 27 crore citizens over the age of 50 and those with co-morbidities. In the upcoming 6 to 8 months around 30 crore high-risk people are supposed to get inoculated.

Discussing the rollout plan during a virtual conference with the CMs of all of the states, the Prime Minister Narendra Modi stated that the cost of vaccines for around 3 crore healthcare and frontline workers across the country will be borne by the union government.

For what can only be described as one of the biggest vaccinations drives in the world, India is all geared up for its initial phase of vaccination, as the opening stage rollout of the vaccines to different cities began on Tuesday.

The first of the consignments carrying the Covishield vaccine from Pune’s Serum Institute India have been dispatched to various cities, informed the civil aviation Minister HS Puri, who’s ministry is the nodal agency to provide logistical support for the vaccine distribution.

In a joint press conference held by the Health Ministry, ICMR and the Niti Aayog, officials stated that the two doses of the vaccine will be administered 28 days apart. With the vaccine is expected to offer protection 14 days after the second dose is administered and hence necessary Covid-19 protocols should be diligently followed during the said period.

“We will stagger our supply orders. 100 percent doses to be received by January 14 in all states/UTs,” assured the Union Health Ministry when pressed to explain the parity between the required doses and the actual order.

According to the officials, over 1 crore registrations have already been completed for the vaccination drive in the using the Co-win app, which serves as the IT platform for the inoculation.

The government said that it expects the complete rollout of the vaccine to take over a year to complete.

Covishield Approved In UK but Not the CoWin Certificate; Indians Still Need To Quarantine.