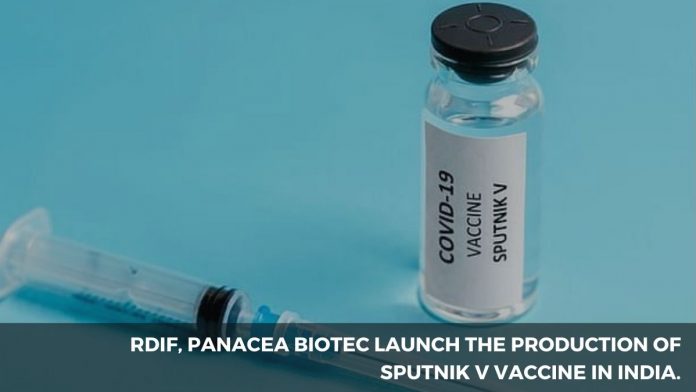 The first batch of the COVID-19 vaccine produced at Panacea Biotec’s facilities at Baddi in Himachal Pradesh will be shipped to Russia’s Gamaleya Center for quality control.

RDIF and Panacea have agreed to produce 100 million doses per year of Sputnik V as per the announcement they made in April. RDIF chief executive Kirill Dmitriev mentioned that the launch of the vaccine in India will help to fight the pandemic. “Launch of production in India in partnership with Panacea Biotec marks an important step in helping the country fight the pandemic. The production of Sputnik V supports efforts of India’s authorities to leave behind the acute phase of coronavirus as soon as possible while the vaccine will also be exported at a later stage to help prevent the spread of the virus in other countries around the world” he said.

Sputnik V was registered in India under the emergency use authorization procedure on April 12, 2021. It is the third vaccine to be granted emergency use authorization by the Indian drug regulator. Full-scale production of the vaccine is due to start this summer. Also the company’s facilities comply with GMP standards and are prequalified by the WHO (World Health Organization).

The RDIF has also partnered with the Hyderabad-based Dr Reddy’s Laboratories for localized production and distribution of the vaccine. Till now, Sputnik V has been registered in 66 countries globally with a total population of over 3.2 billion people. The efficacy of Sputnik V is 97.6 percent based on the analysis of data on coronavirus infection rate among those in Russia vaccinated with both components of Sputnik V from December 5, 2020, to March 31, 2021.

The vaccine is based on a proven and well-studied platform of human adenoviral vectors and uses two different vectors for the two shots in a course of vaccination providing immunity with a longer duration than vaccines using the same delivery mechanism for both shots. The price of Sputnik V is less than $10 per shot, making it affordable around the world.

Covid-19 Vaccination Age Limit Eased To 45 Years and Above: New...