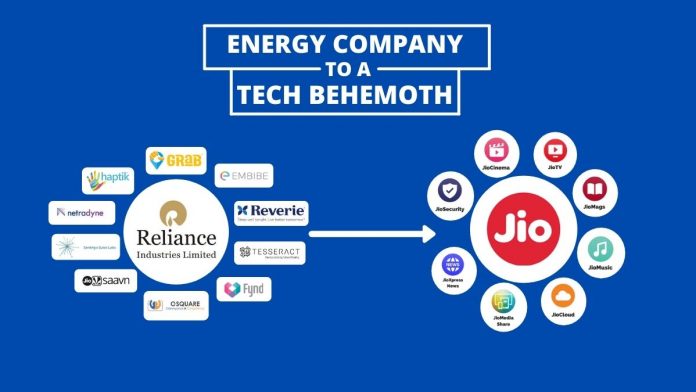 Indian business tycoon Mukesh Ambani has spent years trying to turn his inherited oil business into a tech empire. In 2020, that desire really kicked into overdrive as he managed to bring in over Rs 1 Lakh Crore worth of investment into Reliance Jio for a 22% stake, despite the corona virus pandemic.

And now, investors are watching Mukesh Ambani’s every move as he begins overhauls his empire and make good on the promises that led to the investment.

The 63-year-old businessman has his focus on a handful of priorities as he tries to turn Reliance Industries from an old-economy conglomerate into a technology and e-commerce titan, according to recent public statements and people familiar with the company’s plans.

Some of these include developing products for the anticipated roll-out of the 5G network early next year; incorporating Facebook’s WhatsApp payments service into Reliance’s digital platform; and integrating the company’s e-commerce offerings with a network of physical mom-and-pop shops across the country.

Reliance will also develop a portfolio of technology solutions and apps for India’s millions of micro, small and medium businesses, Ambani said, adding that he also has plans to expand the platform globally.

The company’s biggest priority for 2021 is 5G, people familiar with the matter said. While regulators have yet to auction rights to India’s next-generation airwaves, Ambani said this month that his company “will pioneer the 5G revolution in India in the second half of 2021.”

It all began with a Rs 43,574 crore investment into Reliance Jio from Facebook. Mukesh underlined the deal saying that the synergy between Jio and Facebook will help realize Digital India Mission with its two ambitious goals — Ease of Living and Ease of Doing Business for every single category of Indian people without exception.

“In the post-Corona era, I am confident of India’s economic recovery and resurgence in the shortest period of time. The partnership will surely make an important contribution to this transformation,” he said.
Ambani has also positioned his empire as a potential asset for an Indian government that’s keen for ways to counter the growing technological might of China.

Having spent much of 2020 convincing Facebook, Google, and a clutch of Wall Street heavyweights to buy into his vision for one of the world’s most ambitious corporate transformations, the richest man in India must now deliver on his promises.

Kazim Rizvi, founding director of public policy think tank The Dialogue believes that the tech sector is now ripe for growth and thus, it’s no surprise that Reliance is looking to enter this segment.

“The fact that Facebook and Google have invested recently also demonstrates that the Indian tech sector has immense potential to drive growth in the future,” he added.

Mukesh Ambani had boldly predicted back in 2017, that “Data is the new oil,” and in 2021, the onus will be upon him to deliver on this prophecy as both investors, customers, and critics will watch every move.