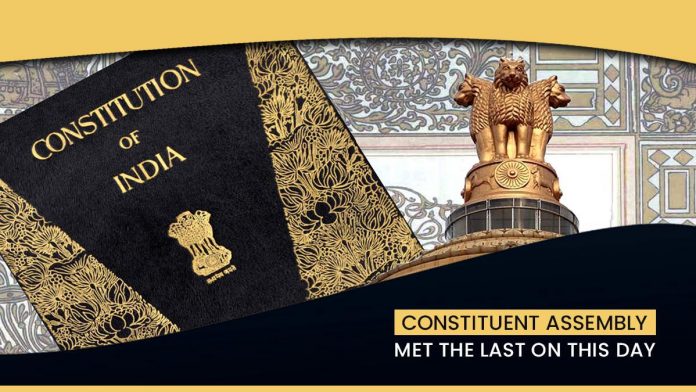 In 1946, different provincial assemblies in India were allowed to elect the members of the Constituent Assembly, who acted as members of the first Parliament. Following the partition of the country into India and Pakistan, the number of members came down from 389 to 299. Congress dominated the assembly with 208 seats and Muslim League bagged 73.

According to Jawaharlal Nehru, the Assembly’s primary task was to truly liberate India through a new constitution – to feed the starving, clothe the naked and provide opportunities to every Indian to develop according to their capacities.

Committees within the Assembly were delegated with different tasks. Dr B R Ambedkar led the Drafting Committee. A detailed draft was presented by him, which was publicised for public discussion and was subjected to deep deliberations and amendments over a long period of time. Other prominent members in the Constituent Assembly included Jawaharlal Nehru, Rajendra Prasad, B N Rau, Abdul Kalam Azad, Vallabhbhai Patel, John Mathai etc. The Assembly functioned for 2 years, 11 months and 18 days and its last session was held on January 24th, 1950.

The constitution was adopted and came in to force on 26th January 1950, which is why this day is now celebrated as India’s Republic Day.